Race cars are revitalized throughout a racing season with repairs, upgrades and maintenance. In between racing seasons, a race car often sees a major facelift. 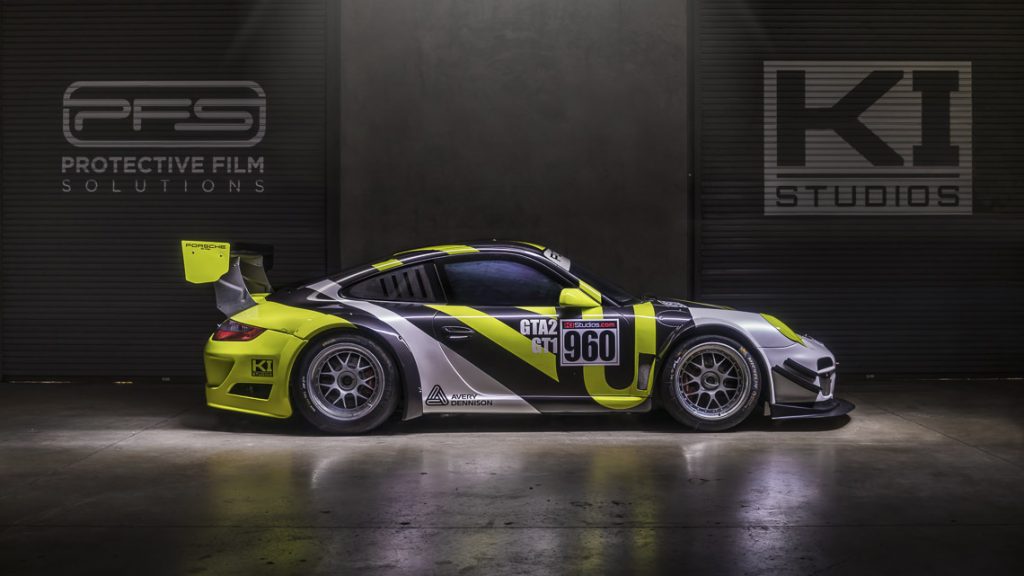 During the off-season, a race car can get a full rebuild, major work and brand new aesthetics. This is exactly the story with this Porsche 997 GT3 Cup Car. Now it’s officially the Avery Dennison Porsche 911 GT3 Cup Car.

This Porsche race car was one of the two Blackstar Racing GT3 Cup Cars. These were cars that were very active during the last couple of racing seasons in Southern California. As seen in the photo below by RallyWays, this is a car that we have featured extensively on our website. And by the way, this 911 GT3 Cup Car is an actual factory Cup Car, not a regular street GT3 conversion. Furthermore, this car had a twin brother bearing the same red, black and white graphics. That car still wears the same livery.

The car racing in its previous life as the Blackstar Porsche 911 GT3 Cup Car.

The Porsche was eventually sold to another very active driver. The new owner races the car all the time and has been doing so with an altered rendition of the Blackstar graphics that were originally on the car.

After the 2016 racing season it was time to give the car some major TLC. This included some extensive work by GAS Motorsport. Towards the end of the off-season work, the final step in the process would the graphics. We at KI Studios were due to work on the car yet again, but now it would look completely different.

We then went and created 4 or 5 test designs to see what would stick. After a bit of back and forth, both the owner of the Porsche and Avery Dennison had agreed on one of the mockups. We had ourselves a design.

One of the big functional aspects of the design was that it must have solid colors for the front and rear bumpers. These wheel to wheel racing cars see a lot of contact on the track. Bumpers tend to be replaced very often due to impacts. Having a solid color front and back would allow the bumpers to be replaced much more easily as no graphics need to be match and lined up. It’s just a matter of wrapping each with the matching solid color and the install.

The Colors and Material 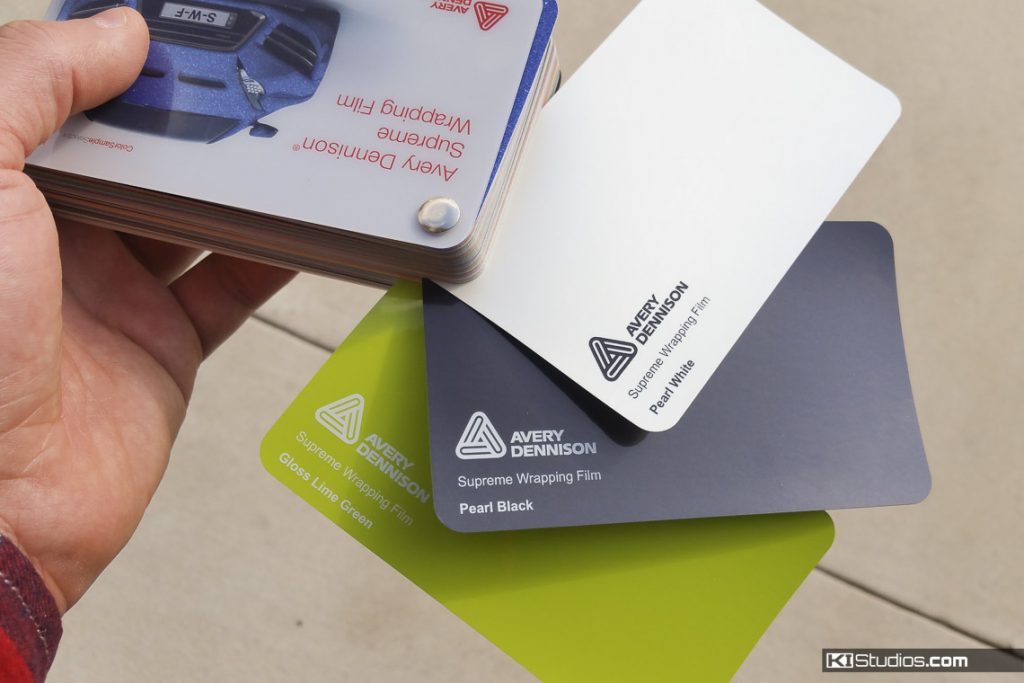 The material would be Avery Dennison Supreme Wrapping Film. The colors are Pearl White, Pearl Black and Gloss Lime Green.

The entire design was created to be layered. Right from the beginning we knew this would be the approach. For that reason, we didn’t experiment with any other styles of design. It would be all solids, no gradients and abstract, yet easy to lay out mechanically. The divisions were all cut out using Knifeless Tape and the large logos cut on our Graphtec plotter.

The only printing on the car came in the form of the KI Studios Racing Number Plates with the numbers 960. 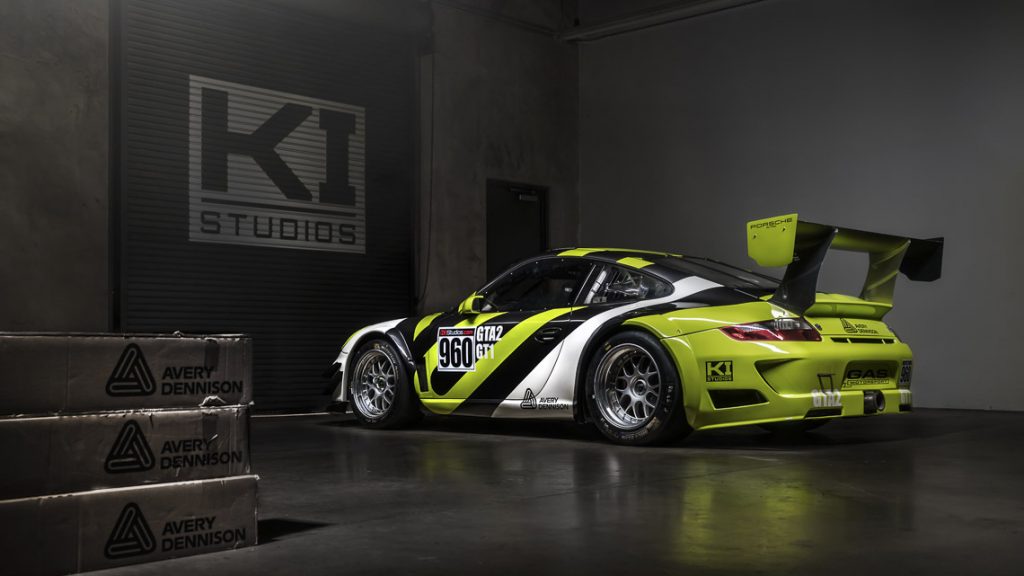 This is a car that has seen hours upon hours of grueling racing throughout the years. For this reason, it has quite a fair share of battle wounds. A lot of the panels don’t quite match and many have a lot of bodywork done to them. However, we knew that once it was done it would look amazing.

First off though, we had to peel off the remnant of the old Blackstar graphics. That took quite a bit of time. Once the car was clean and ready to wrap we had it done in just a few days. We started at the back, then naturally jumped over to the hood, and finally we went all over.

Finally, we completed the race car look after the design was all laid out and the abstract Avery Dennison logo was in place. This came in the form of sponsor decals for Porsche of San Diego, GAS Motorsport, KI Studios and the big Avery Dennison logo on the hood. Afterward, we finished it off with the printed KI Studios number plates and racing class numbers on the side and back.

The photos of the wrap sequence were simple phone pics right as the work was being done. The final light painting photos were done by Grubbs Photography.