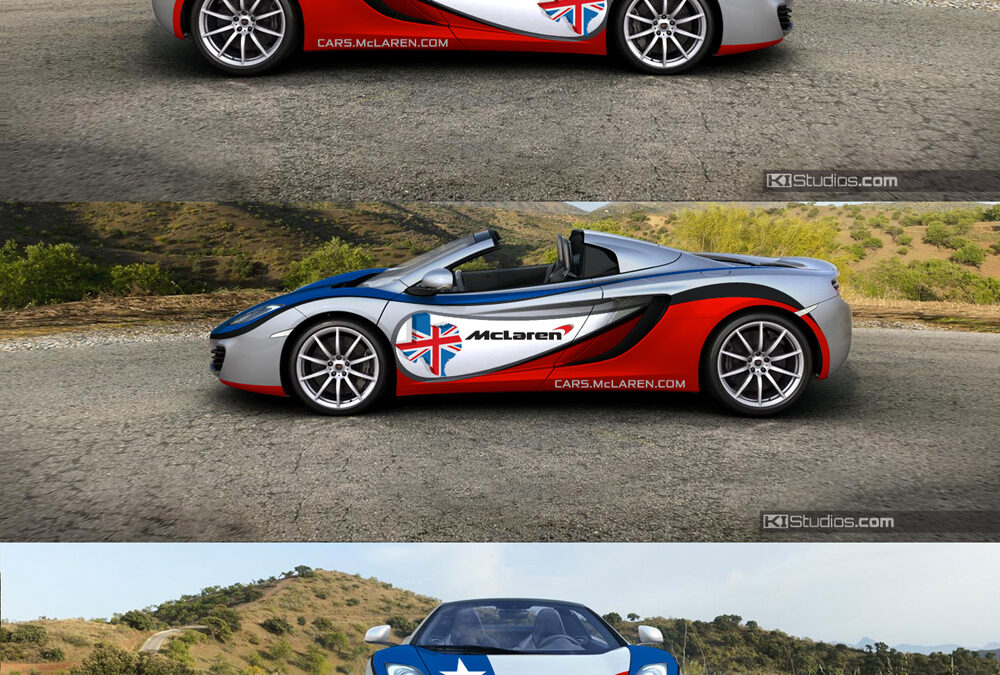 Now this was a fun project! Just as I am packing my bags for a flight to the SEMA show in Las Vegas, McLaren Automotive and Protective Film Solutions came to me for a couple last minute McLaren MP4-12C Spider wraps. No thanks to the slow wifi upload speeds at the San Diego airport, we came up with a couple awesome wrap designs.

The first wrap, was to be a combination of four themes. McLaren wanted the car to display the Formula 1 racing heritage, the British roots, and the McLaren branding, tied together in a Texas theme. The car was to be on display at the 2013 Formula 1 Grand Prix in Austin. The challenge was breaking down the four themes to the point where they could elegantly be combined into one cohesive wrap. I decided to base the shape of the design off of the McLaren Formula 1 Vodafone car. After all, this car is about as close as it gets to a street legal Formula 1 car. 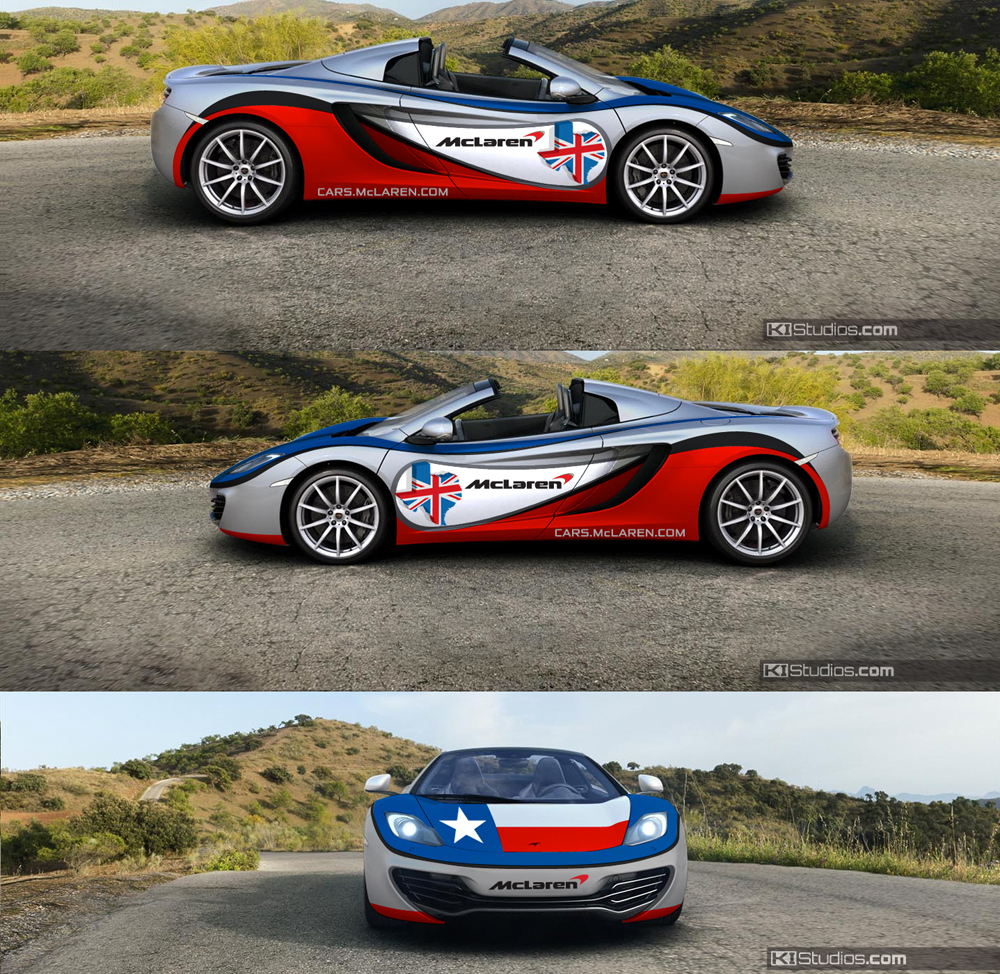 The second wrap design was requested as a Union Jack livery design to be created from a concept provided by McLaren. Here is what we came up with. 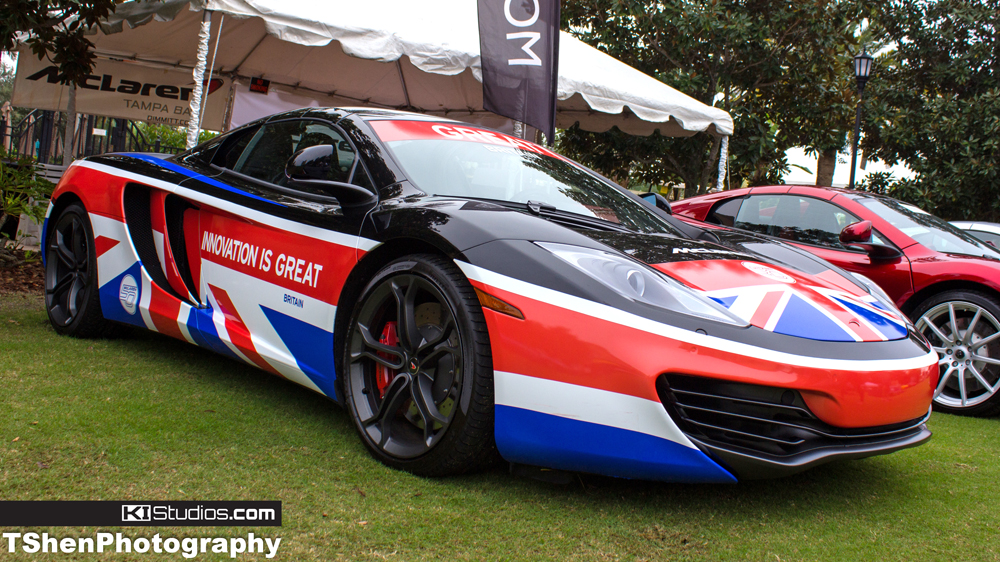 The British Mclaren livery wrap at the Festivals of Speed in Florida.

This was a national effort in order to bring you the finished photos. I designed the cars here in San Diego, California. They were produced by Protective Film Solutions,  in Santa Ana and installed in Houston, Texas, by 713 Motoring. Shortly after the Formula 1 Grand Prix in Austin, they were photographed by Taylor Shenuski at the Festivals of Speed in Orlando, Florida. Don’t you love the internet? I can design, print, and ship a custom wrap to you or your local installer without ever having your car. I make all my design templates my self for proper fitment. Contact Kyle for details.