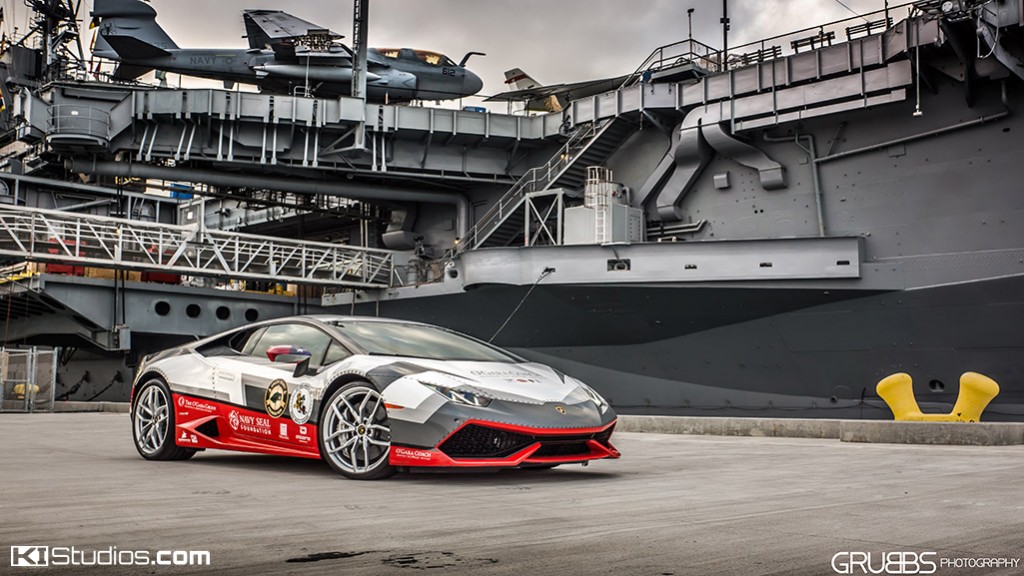 We designed and wrapped this Huracan for O’Gara Coach La Jolla, in benefit of the Navy Seal Foundation. The car was to be driven by navy seals for the 2015 GoldRush Rally. A premiere automotive lifestyle rally that attracts exotic car owners for a drive across the nation on unique routes. This year, the Rally started in down town San Diego, California. O’Gara Coach La Jolla took this opportunity to participate in the first portion of the rally to promote awareness and support for the United States Special Forces. The idea was a Lamborghini Huracan wrapped in a Navy themed design, and driven by two members of the Special Forces. 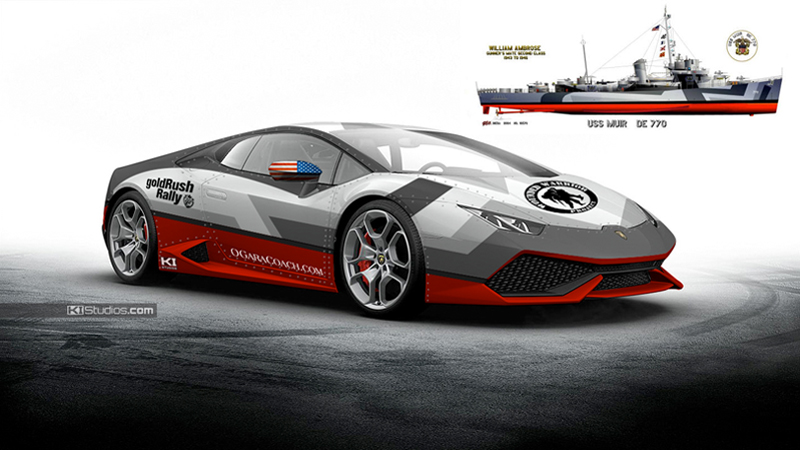 O’Gara Coach La Jolla briefed us KI Studios, and Protective Film Solutions with the idea of resembling the appearance of a Navy Vessel. We turned to researching WWII Navy ships, which often were covered in a unique camouflage. The USS Muir DE-770 in particular was the main inspiration for the design.

To make it authentic and truly be designed around the Huracan we went in to such detail to line the panels of the car in digitally printed rivets. A detail that emphasizes the different panels and conceptually brings the theme in as a whole. We initially began by covering the vehicle with a white gloss wrap in order to have a white base color since this Huracan is originally dark blue. After that, we moved on to the greys, the red bottom, the rivets, and finally the sponsor logos. 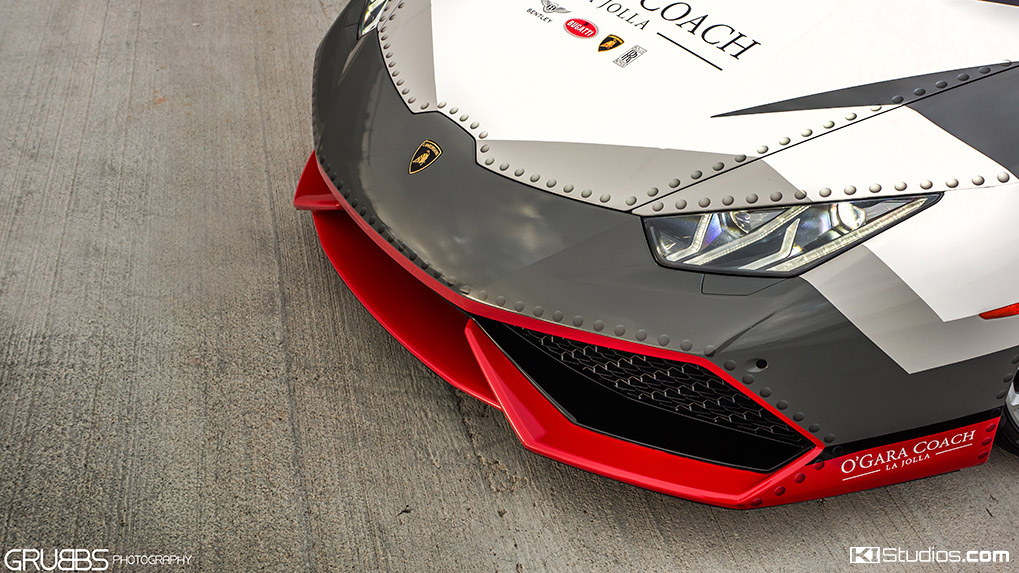 The organizations being promoted are the Navy Seal Foundation, Green Beret Foundation, UDT – Seal Association, and the Macalan Group. Organizations that are devoted to help members of the Special Forces who have been wounded, their families, and the families of the fallen. (The wrap is no longer on the vehicle anymore, but if you are interested in donating the organizations are still up and running and appreciative of your support.)

With other projects in the garage and GoldRush Rally kicking off that weekend it was definitely a well worked week, but with a successful result that we were all proud of. This Lamborghini Huracan wrap was not only used for the rally, but it was also showcased in other events and tracks. Appreciated and admired by all who witnessed it. During the last weekend before this Huracan wrap was going to come off we contacted our good pal Robert Grubbs from Grubbs Photography to see if he wanted to go out for some fun and squeeze out a photo shoot before this wrap came off. As San Diego locals we knew the perfect place for the location, right next to the USS Midway in Downtown San Diego. As were shooting this Huracan Wrap we started to notice numerous members of the Armed Forces come out and admire the vehicle and incentive of the wrap. At the same time having a laugh of the small scale resemblance to a real navy vessel right next to it.

KI Studios is a privately owned design studio based in San Diego, California. We design high-end and exotic sports car livery stripes and printed wraps. We ship our products worldwide. KI Studios was started in sunny San Diego, California in the early 2000's as a side project and hobby. Now … END_OF_DOCUMENT_TOKEN_TO_BE_REPLACED