Why Porsche Graphics Are So Popular

Porsche graphics come in the form of stripes, liveries and racing numbers. We’ve often asked ourselves why graphics are so much more popular on Porsches than on other marques.

The reason is simple really. We believe the racing heritage combined with the unique sports car look both play a big role in making the marque very popular for stripes and liveries. Also, it isn’t simply a case where the motorsport heritage makes it OK to want to put graphics on the cars. It’s more a case where over time, seeing stripes and liveries on Porsche has become an expected norm of sorts. In other words, it’s not only acceptable to have graphics on a Porsche, but it’s also highly desirable.

The use of graphics and racing stripes can be subtle or really over the top. There is a place for either approach. Simple stripes can be a great way to differentiate your 911 from the others. Yet, there are still those who will refuse to be subtle and want the loudest, most intricate and eye-catching design possible. This applies to both street cars and racing Porsches. Generally, on the race track, the more eye-catching the better.

For well over half a century Porsche has been synonymous with racing. In fact, the main reason Ferdinand Porsche was making street cars back in the day was because of homologation rules for racing — No road cars equals no qualified racing cars, so street cars had to be made.

From the first Porsche race cars in the early 50’s to the iconic 911s of the 70’s, the trend for Porsche graphics went from simple race number gumballs, to stripes, to complete liveries. To this day, some of those liveries are still highly desirable, both on Classic Porsche 911s to the newest 991s. 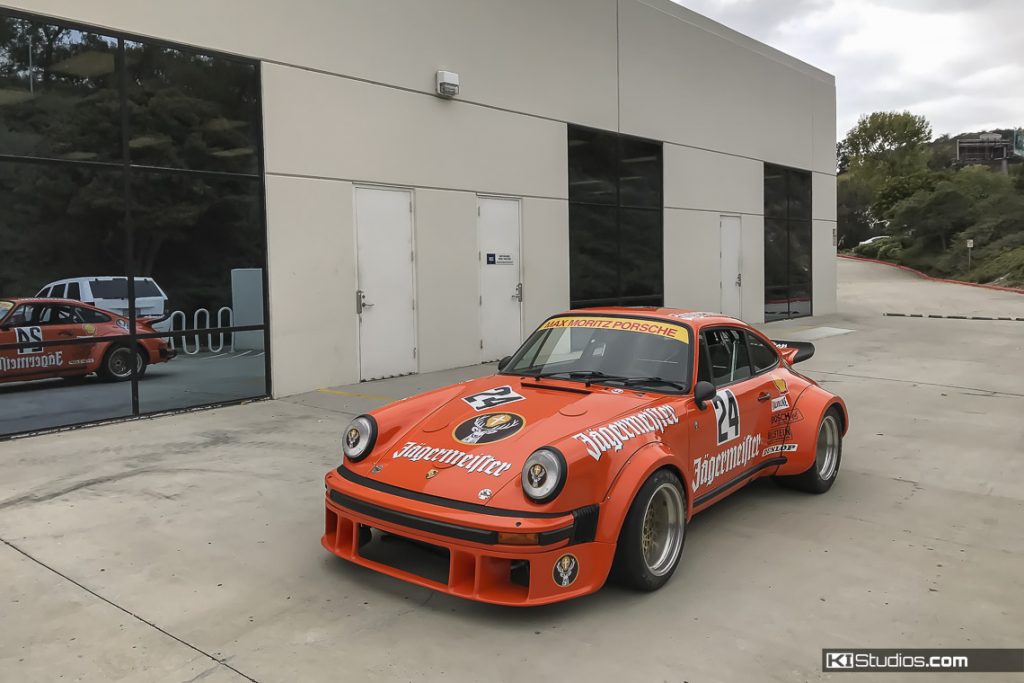 Some of these iconic Porsche liveries include, the Salzburg livery, Martini livery and Gulf Livery. Then you have others like Rothmans, Jägermeister and Brumos Porsche.

At KI Studios we have done versions of most of those Porsche liveries. We also have many styles of vinyl stripes for many Porsche models that you can install yourself at home.

The popularity of graphics for Porsche is not solely based on copying those tried and true popular designs. No, it’s the mere fact that because of all this, putting stripes on a Porsche is simply cool.

Yes, there are a few folks that prefer to leave the car untouched and exactly as it looked from factory. But when you’re talking about a manufacturer that routinely releases special edition cars with factory Porsche graphics, it makes it so that stripes of any kind are cool and socially acceptable even amongst the most hardcore Porsche purists. 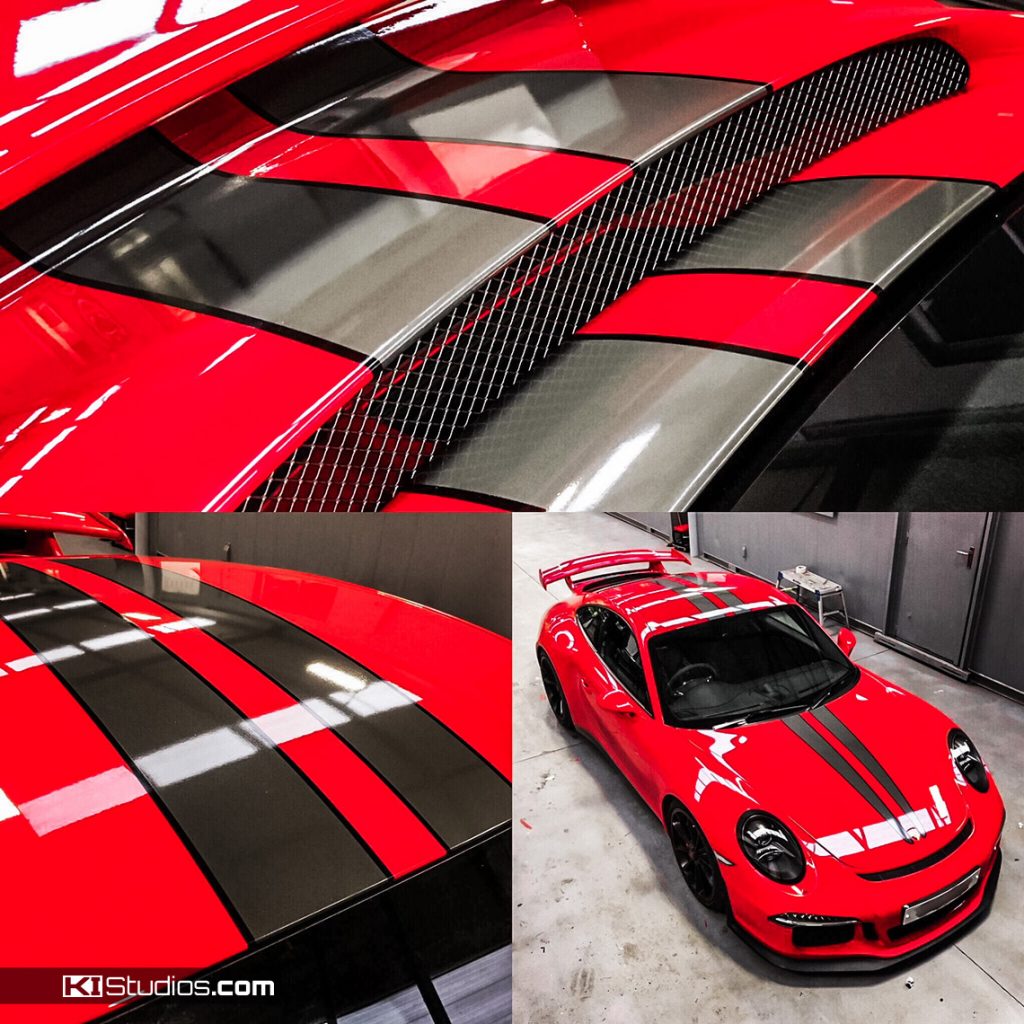 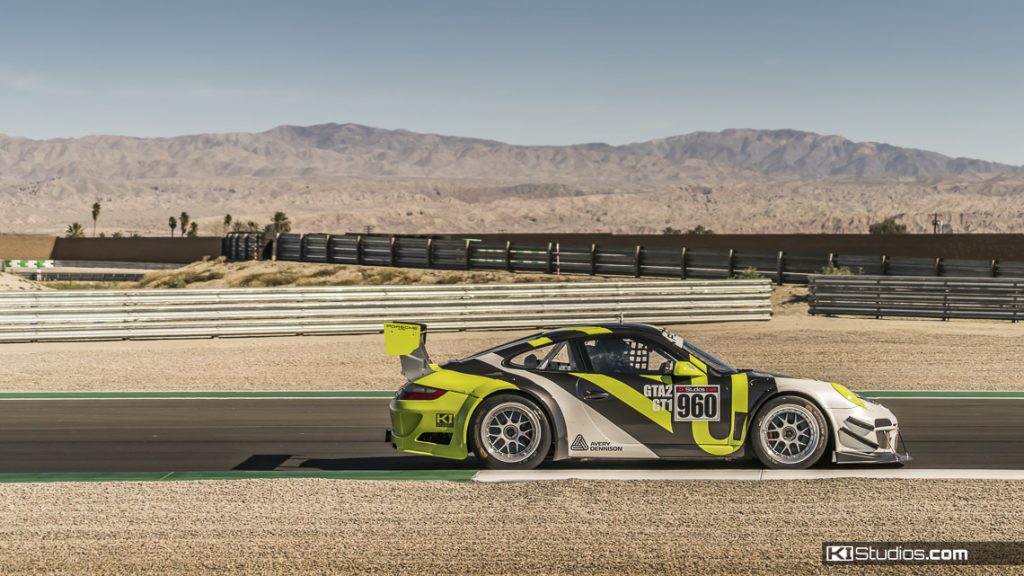 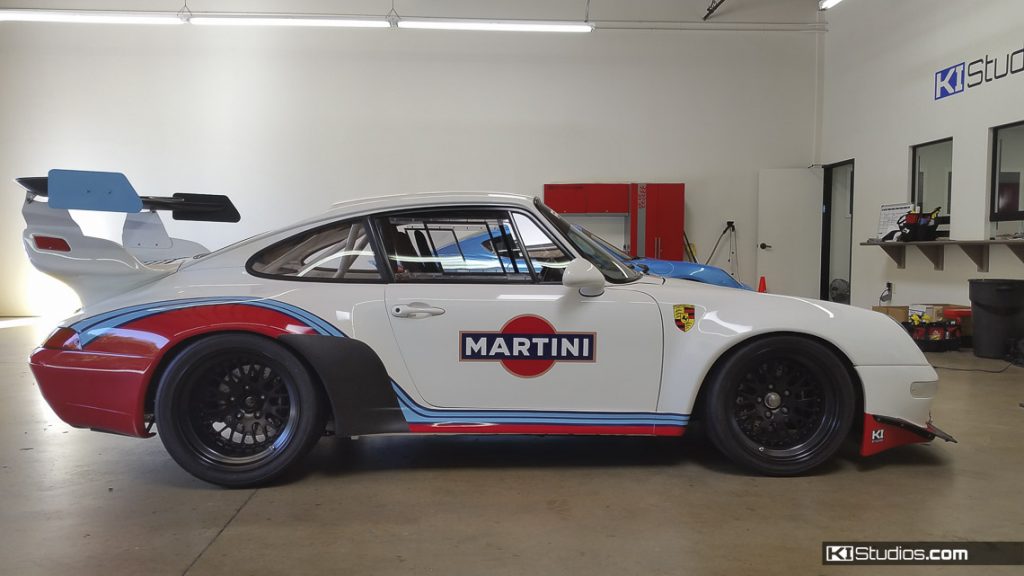 You can have your very own Porsche livery in your chosen color. You simply order the style and color you want. When the package arrives you have the livery installed locally.