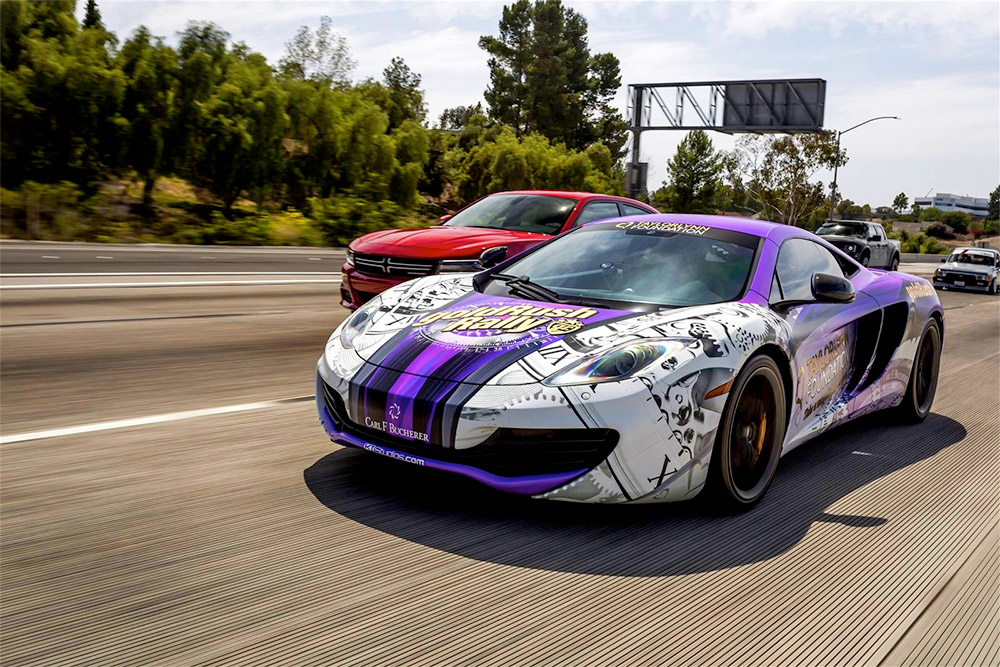 Take the time to make a difference. Protective Film Solutions and KI Studios did it again this year, collaborating in the development of this McLaren wrap for the GoldRush Rally. Taylor Lynn Foundation granted us with the freedom to develop a concept as long as it included fellow sponsor Carl F. Bucherer. 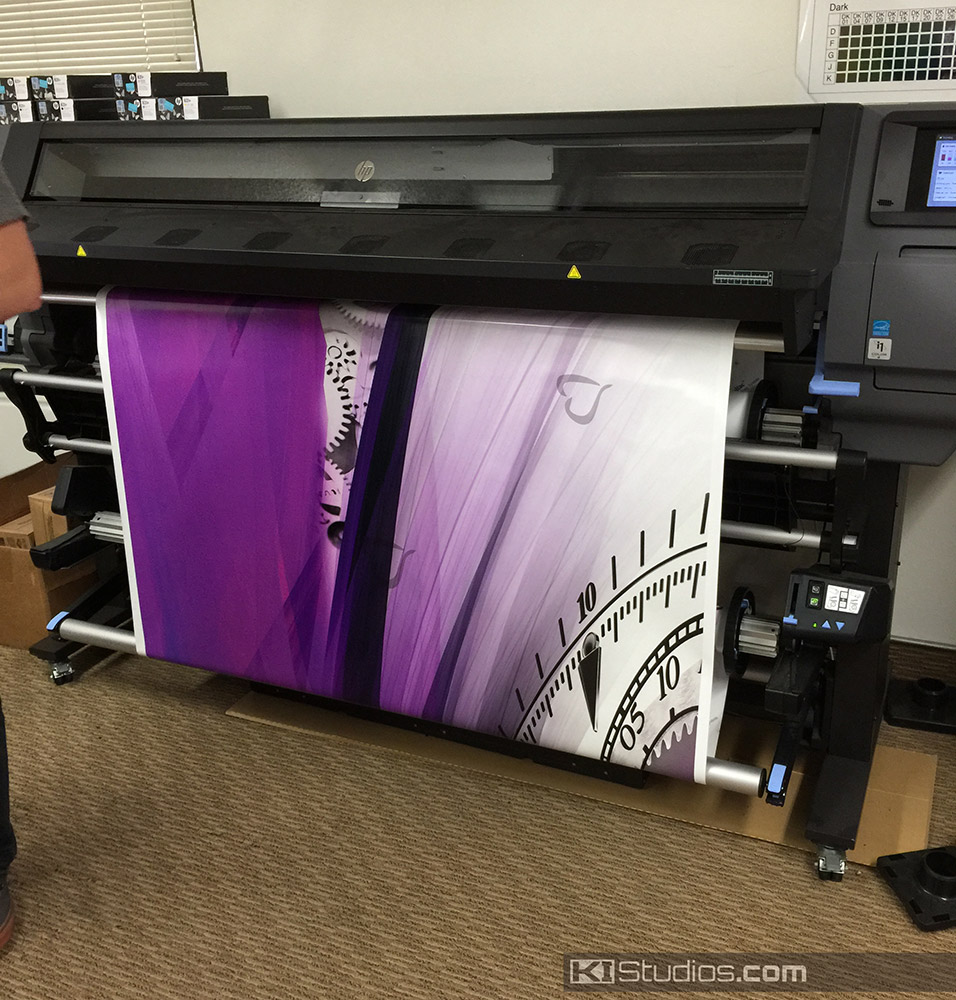 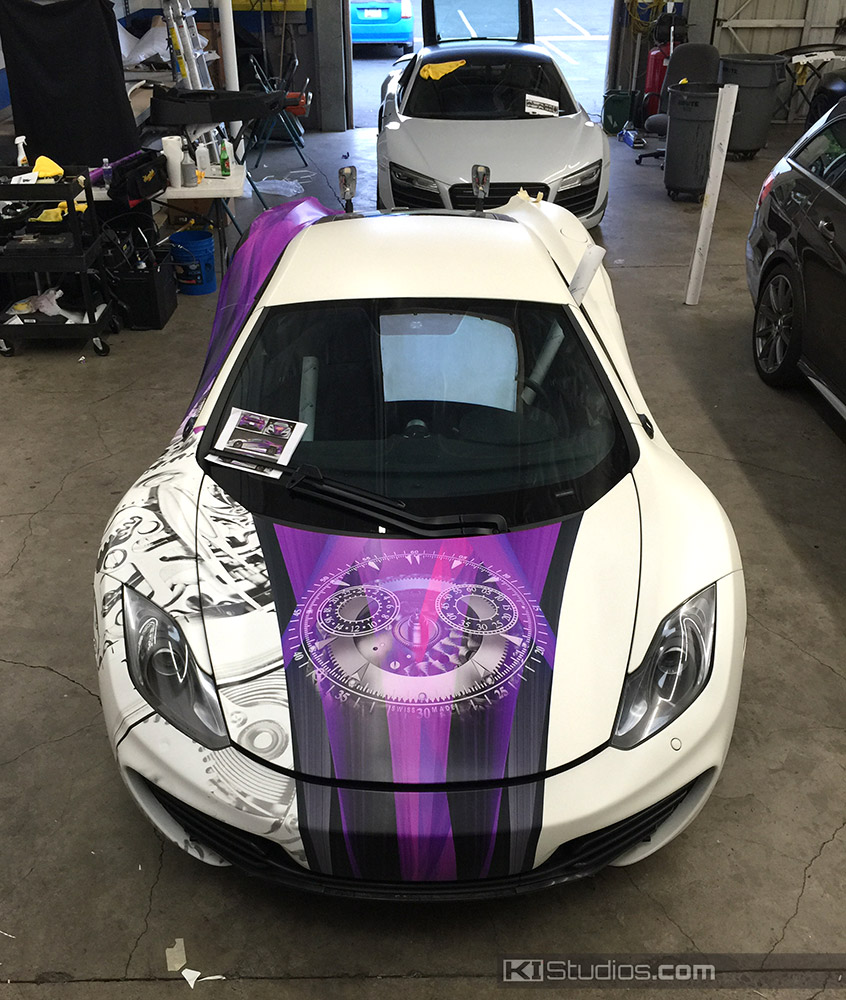 With great images provided by them we couldn’t help but to enlarge the watches as much as possible to bring out their intricate craft. With such detail wrapping around the body panels of the McLaren it reflected an abstract design. Supported as well with royal purple graphics to bring motion when on the road. Just as the McLaren itself it is all part of Design in motion.

Time, the theme shared with this McLaren 12C wrap design as well as the motive behind the Taylor Lynn Foundation. This organization donates their time and funds to enhancing the lives of children in need. Funds gathered are used to cover educational opportunities that children might not have had access to. Opportunities such as summer camps, computer classes, art classes, and music lessons. At the end the children will learn the value of receiving assistance as well as the importance of taking the moment to give back to those around them.
It was great seeing the project begin here at KI Studios in San Diego.  The wrap was installed at our partners shop in Orange County, Protective Films Solutions. The rally kicked off in down town San Diego.

KI Studios is a privately owned design studio based in San Diego, California. We design high-end and exotic sports car livery stripes and printed wraps. We ship our products worldwide. KI Studios was started in sunny San Diego, California in the early 2000's as a side project and hobby. Now … END_OF_DOCUMENT_TOKEN_TO_BE_REPLACED

2023 livery kits in the works. What should we name