Here we have a perfect example of clear bra paint protection film saving an exotic car owner a lot of money. 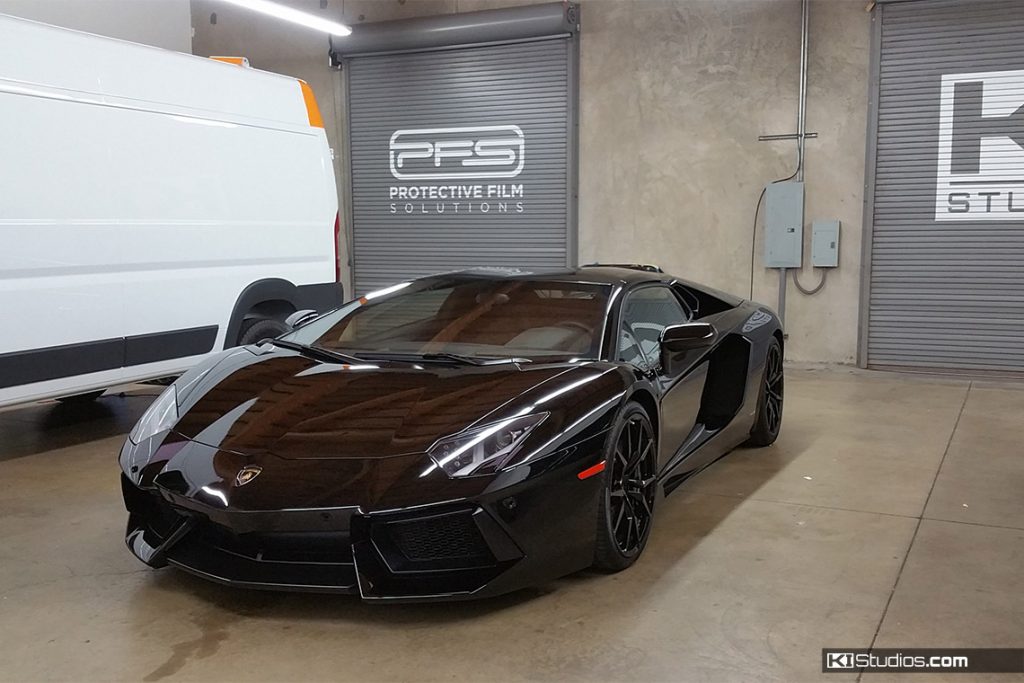 This is a black Lamborghini Aventador that went through a rather unfortunate event. Luckily, the car was fortunate enough to have Xpel Ultimate paint protection film to help it come out otherwise unscathed.

A black Lamborghini Aventador is an impressive site wherever it goes. One day, this Lambo is driving through a neighborhood. A very impressed kid on a bicycle decides he wants to take a video of the supercar. The problem is he decides to do it while at the same time riding his bike next to the car. Kid on bike is paying too much attention to his movie making and doesn’t see an oncoming vehicle until the very last second. He veers off with his bike to avoid the oncoming vehicle and falls right into the Aventador’s left front fender. Ouch. 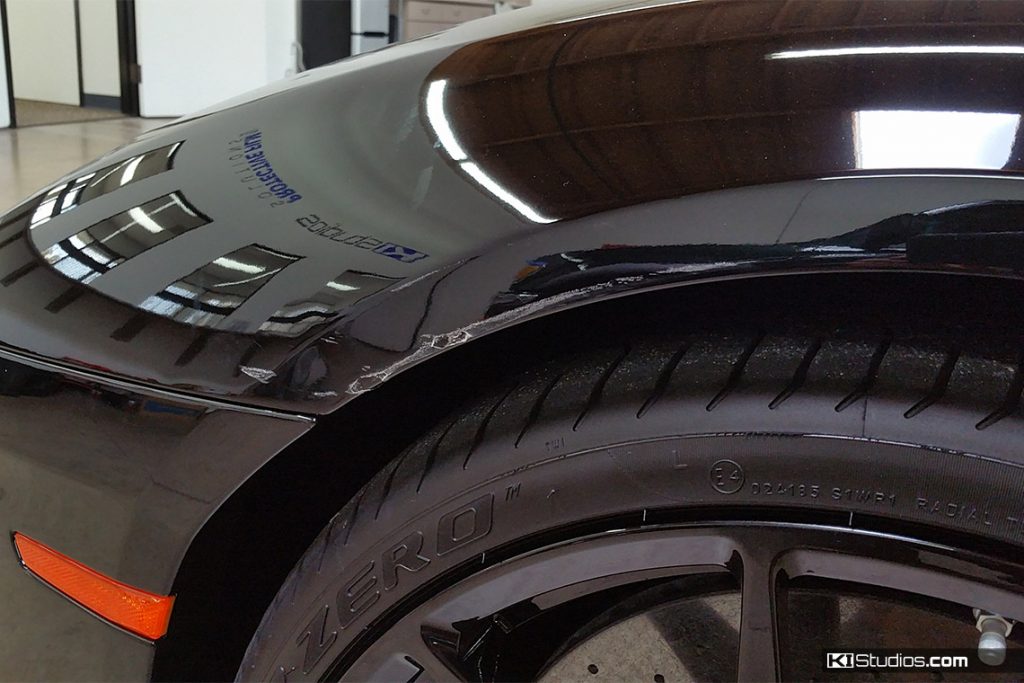 If you look closely at the beginning of the video, there are apparent scratches on the surface of the fender, right over the tire. However, as it turns out, the Xpel paint protection did its job. The scratches were confined to just the layer of clear bra film. They never made it through to the paint.

This is rather an extreme example of clear bra paint protection. Normally, the Xpel clear film is designed to protect against minor scratches, rock chips and such; not a full impact from a bicycle. That said, the Xpel film took the grunt of the impact and even though the fender did in fact dent, the paint was perfect below the layer of film.

After peeling the clear bra off the fender, we cleaned the area and inspected it to make sure the paint was fine. Then, we called in Mike from Dent Time and he proceeded to massage the fender until he removed the dent. The car looks as good as new. To finish it off, we applied a new layer of Xpel Ultimate paint protection film to the fender and sent the happy super car owner on his way.

The paint protection film saved more than just the paint.

The important takeaway here is that the car did not need the fender repainted. Repainting this fender would have not only cost more than replacing just the clear film and removing the small dent, but it would have also cost a lot in depreciation. This was by far the best way to go about it. But, just like insurance, if the car didn’t have the Xpel clear bra in the first place, it would have been too late and a repaint would have been in order.

There is a big difference between paint protection film and insurance, however. Insurance is something you need to have but might not need to use it, and likely won’t. However, paint protection film is something that you WILL USE. You might not ever be in a situation like this Lamborghini, however just by the mere action of driving your car around you will have pebbles hit the paint. It’s just the nature of driving anywhere, whether on the street or the track. If you don’t have paint protection film, those pebbles with create paint chips. Even if you don’t end up getting hit by a kid on a bike, after a certain amount of miles your front end might need a repaint anyway if you don’t want to live with the rock chips.

KI Studios is a privately owned design studio based in San Diego, California. We design high-end and exotic sports car livery stripes and printed wraps. We ship our products worldwide. KI Studios was started in sunny San Diego, California in the early 2000's as a side project and hobby. Now … END_OF_DOCUMENT_TOKEN_TO_BE_REPLACED